A National Long Distance Cycling and Walking Network is needed to enhance visitor and recreation experiences, as well as ensuring that Scotland’s population has better access to the outdoors for health and well-being. Making better links between existing routes will improve connections between urban and rural, and inland and coastal areas. Whilst it has significant potential as a tourism resource, we also believe that this network can support active travel and contribute to health and well-being. The development should focus on making best use of existing path networks – Scotland’s Great Trails, the National Cycling Network and the Scottish Canal Network. It should seek to close key gaps, upgrade connecting routes, build on local core path networks, and link with public transport. Other proposals to strengthen this network over this period do not need planning permission to be implemented but form part of a wider strategy to help achieve the vision for the national network over a 20 year period. A coherent plan for the network will be developed by key partners, led by Scottish Natural Heritage, immediately after adoption of NPF3. The national development description shows the priority 5 year projects within the context of the wider strategy.

Local authorities to facilitate the bringing forward of the network, including those elements requiring planning permission (list A) and those that do not (List B). Only planning applications for list A will be processed as national developments

Environmental Mitigation: Effects of proposals to be assessed in full in ongoing Environmental Impact Assessment. Continuing community liaison. Co-ordinated approach to consenting may be beneficial. Habitats Regulations Appraisal will be required for some of the specific projects and the mitigation included in the Habitats Regulation Appraisal Record should be used to inform planning processes and be applied as appropriate. 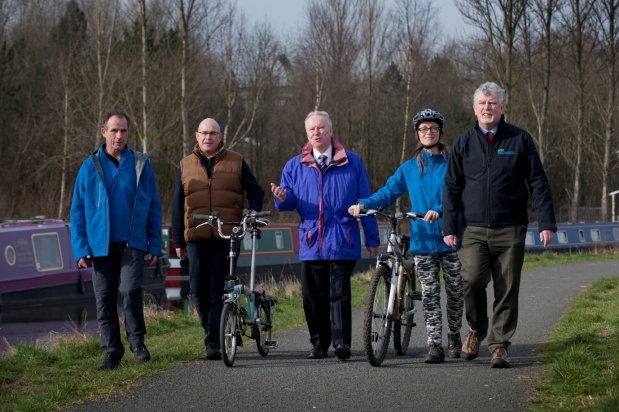 ‘The preparation of a Communications Plan is underway to ensure that all partners and stakeholders are aware of or effectively engaged in delivery, and that users are inspired to explore the developing network

Project Steering Group
Project Steering Group inaugural meeting.  The inaugural meeting of the National Walking and Cycling Network Steering Group took place on February 17, 2015.  The organisations represented in the group are: SNH, sustrans, Scottish Canals, Scottish Government, CoSLA, VisitScotland and Regional Transport Partnerships.  Broad areas of discussion covered: Project Plan, communications and promotions, routes and funding update, and monitoring of network use and condition. The fifth meeting of the Steering Group took place in June 2016. The next meeting is on 14 September 2017.

Strategic Development Plans Work is underway with local authorities and other partners to identify strategic routes, including NWCN priorities. Agreed routes are now included within the SESplan Main Issues Report and the Clydeplan Proposals Report, and have also been agreed with Forth valley and Ayrshire local authoritiesA CSGN wide strategic routes network map has now been prepared.

SNH, Sustrans and Scottish Canals have devised an approach to monitoring the NWCN across Scotland, including establishing baseline data by 2017 followed up ongoing monitoring. The approach will involve route user interceptor surveys and the use of people counters. Data will be collected on the numbers of users and profiles, types and purpose of trips (recreation and active travel), users experiences, and economic impacts and health benefits. The user surveys are now complete and are being analysed. In addition, online public and business survey are underway until end March 2017 to help us understand how the National Walking and Cycling Network is being used, how it could be improved and what benefits it provides.. The surveys can be accessed on the link below.

In addition, online public and business survey are underway until end March 2017 to help us understand how the National Walking and Cycling Network is being used, how it could be improved and what benefits it provides.

We have now produced a NWCN tube map and a short animation below to illustrate, in schematic format, the vision to improve strategic paths provision in Scotland and create a better connected network.- see link below

We have also develop a short 6 minute film which describes how the network is being developed and who is involved, and highlights the benefits we are seeking.

Caledonian Canal Towpath Improvements
Benign winter and spring weather has allowed contractors to successfully improve the towpath sections of the canal linking Inverness with Fort William. The paths have been cleared of vegetation and resurfaced, giving better sight lines and multi-use access to a wider range of people 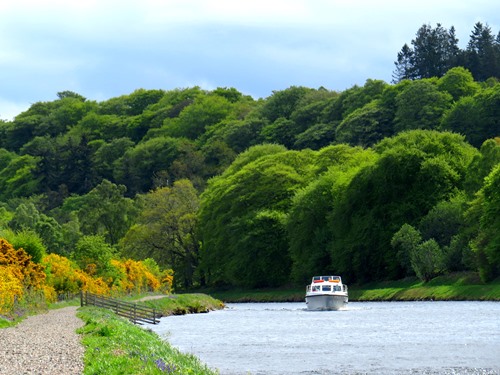 The picture shows aggregate stone being flown in by helicopter over the summer.

2016 March, 23 –   There has been good progress made on various routes over the past few months with the highlight being the opening of a new section of the John Muir Way over the Kilpatrick Hills on March 21, 2016. This £500K project, led by Forestry Commission Scotland with additional funding from Scottish Natural Heritage and Sportscotland opens up a new upland route linking Carbeth to the Balloch area.

The photograph shows the project partners and community representatives cutting the ribbon to officially open the path.

Cross-Scotland Pilgrims Way:
St Fillan’s Community Trust hosted a launch of a new completed local section of the Pilgrims Way on 12 August. The work has been led by the Community Trust, with significant capital funding from SNH and Sustrans. This is a good example of key partners working together to implement projects which provide both local and national benefits. 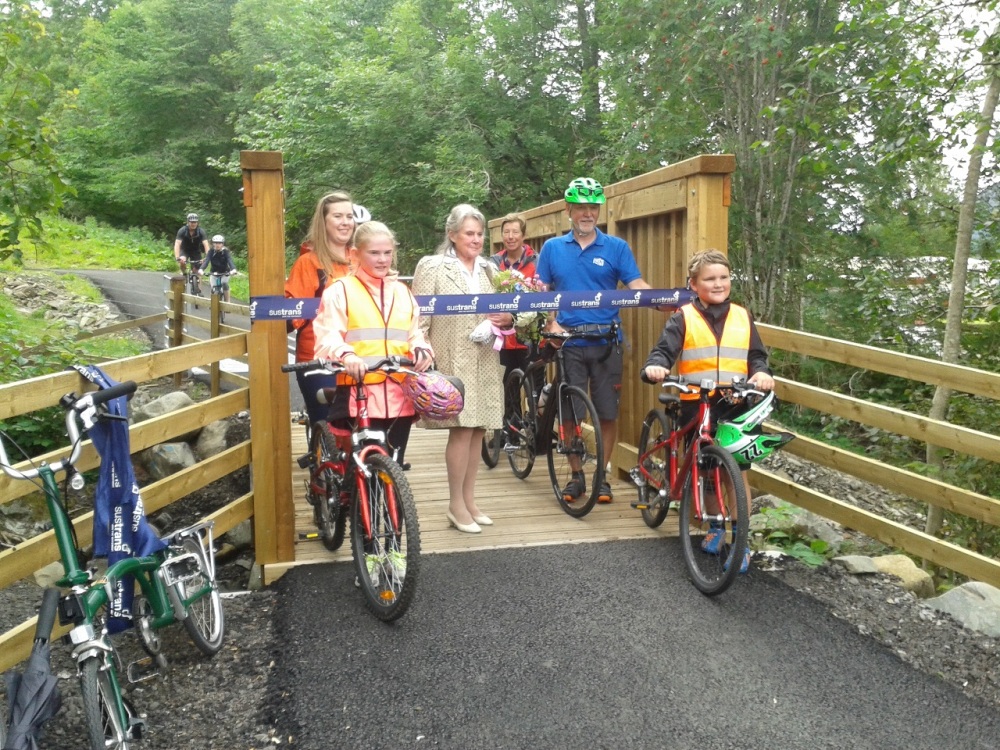 Other progress on this route includes:

Canal towpath network – £3.8M of investment in towpath surfacing/upgrade including:

Building on the achievments of the first year, 2016/17 has seen continued progress towards delivery of the project plan. The three lead partners have between them invetsed £5.5M on building and upgrading an estimated 65Km of paths and routes. Additional works have included feasibility studies, promotions and monitoring.

A full update on route development can be found at www.snh.gov.uk/NWCN

Highlights of the year include the completion of the upgrading to the whole of the Lowland canal towpath network and the additon of the Arran Coastal Way to the family of Scotland’s Great Trails (SGT’s).  The Arran Coastal Way offers a challenging and rewarding 65-mile / 105 kilometre circular route around the beautiful Isle of Arran and brings the total number of SGT’s up to 29.

Another highlight was the opening of a key section of the Cross Scotland Pilgrim Way at Tyndrum. The walking and cycling route is situated in the community owned woodland at Dalrigh, Tyndrum. It creates a circular loop from Tyndrum, allowing cyclists to bypass the A82 trunk road.

The path has been created by the Loch Lomond & The Trossachs Countryside Trust, a charitable organisation with the aim of encouraging more people to get out and enjoy the great outdoors. It has been delivered in partnership by Sustrans Scotland, Loch Lomond & The Trossachs National Park, Tactran, Forth Valley and Lomond LEADER, the Brown Forbes Memorial Trust, the Garfield Weston Foundation, Forestry Commission Scotland, Scottish Natural Heritage and the Strathfillan Community Development Trust. The picture shows partners celebrating the opening of the new route on a sunny day in July.

Good progress continues to be made on delivering the priorities within the action plan.

SNH is also undertaking a programme of works to improve Scotland’s Great Trails and other LDRS in response to accessibility audits:

The route to the Isles

The project partners also continue to work on promotions including: