Strategic Airport Enhancements are vital to support the role of our main airports as gateways to Scotland. Lifeline air links to remote rural communities are also an essential part of our transport infrastructure.This national development includes enhancements ofAberdeen, Edinburgh, Glasgow, Inverness and PrestwickAirports. National development status also reflects the role of airports as hubs for wider investment and business development.Close to Edinburgh, Glasgow and Prestwick airports there are significant opportunities for business development as an associated land use. We expect to see further progress on delivery of airport masterplans during the lifetime of NPF3.

Environmental Mitigation: Aviation industry work on reducing emissions from air transport is ongoing. Project level Habitats Regulation Appraisal will be required for projects at Glasgow, Edinburgh and Inverness airports and any other locations as identified in the HRA record. The mitigation included in the Habitats Regulation Appraisal Record should be used to inform planning processes and be applied as appropriate. 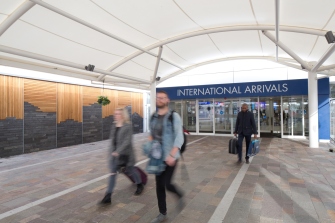 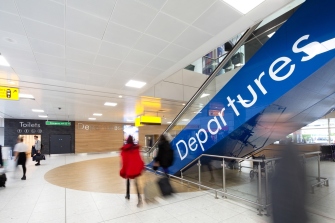 March 3, 2015 – South Ayrshire Council today joined Glasgow Prestwick Airport – the Scottish Government-owned strategic airport facility on the Ayrshire coast – in welcoming the Westminster announcement setting out the programme and criteria to select the UK’s first Spaceport. The UK Government has re-affirmed the country’s need to have an operational Spaceport capability by 2018 to support the burgeoning UK space industry. The facility will become a launch station for next-generation satellites and space instruments using the modern generation of horizontal take-off space launch vehicles. The UK Government selection programme is expected to run until October 2015 with Prestwick one of the possible locations being considered alongside Newquay in Cornwall, Llanbedr in Wales and a number of alternative Scottish sites.

2015 – Spring – A planning application for a new airport hotel at Edinburgh is submitted.  The hotel will be built during 2015/16. Decision on a 175 bed airport hotel anticipated before the end of July.

2015 – December – An application for planning permission in principle for the first (western) phase of the International Business Gateway was submitted (reference: 15/05580/PPP). This application is for 167,935 sqm of commercial space and 396 residential units.

2015 – November – UK Government hosted a Spaceport Technical Briefing for shortlisted sites, including Glasgow Prestwick Airport. The bidding process is expected to be undertaken during 2016

The next phase being to enhance the retail offering which is currently in the procurement phase.

First Minister Nicola Sturgeon MSP  visited Aberdeen International Airport to unveil details of what will be the single largest investment in the airport since the current terminal opened its doors in 1977.

A total of £20 million will be invested in the airport resulting in a 50% increase in the size of the terminal building and with it, a comprehensive transformation of current passenger facilities.

Included within the investment is the creation of two new passenger lounges, an expanded baggage reclaim area, a new security search area, new immigration facilities and new retail and catering facilities within the main departures lounge.

The first phase of what will be a three year project will get underway in May 2016. This will involve the construction of a two-storey extension to the south of the existing terminal building. At ground level, the extension will accommodate all facilities for international arriving passengers as well as domestic baggage reclaim. Two business lounges will be located on the upper level.

It is one of the most important pieces of transport infrastructure in the North East of Scotland and it plays a crucial role in supporting the wider economy.

First Minister Nicola Sturgeon said: “This investment by Aberdeen International Airport and its owners shows great ambition and confidence in the Airport’s future in preparing for projected growth. By increasing capacity and improving the passenger experience, the Airport is making a clear statement of intent and the North East and Scotland will see the benefit.

“This investment in Aberdeen Airport is another welcome boost to the local economy, following closely on the back of the City Region Deal.

“Aberdeen Airport is a major part of the North East economy, and it is great to see the owners of the airport showing such confidence in both the business itself, but also the wider region as they invest for a state of the art terminal, fit for the future.

“I am delighted to see this investment and believe that it gives further reason to be optimistic for the future of the airport and the local economy.”

2016 – Gogar Rail Halt – the physical works on site continue to progress as planned and delivery remains on schedule for an entry into service date of December 2016.

2016 – November – Edinburgh Local Development Plan (LDP) approved. The LDP is supported by an Action Programme, which sets out the required infrastructure to support the growth of the city.

2016 – November – Edinburgh Airport published a draft masterplan for consultation; this is to be finalised.

2017 – Edinburgh International Business Gateway – First phase plans for the £700m business park at Edinburgh Airport have been submitted by a consortium comprised of Murray Estates, New Ingliston, and Frogmore and Salmon Harvester and currently going through the planning process.

International Business Gateway has been made possible by the arrival of the Edinburgh tram at the airport. The masterplan will safeguard a possible future westward extension to Newbridge.

Once fully complete (expected in 2040s) the district will stretch to 2.25m square feet of floor space on 90 acres of land.

2018 – Since the original City Region Deal announcement, The City of Edinburgh Council has pledged a further £16m, amounting to a £36m commitment for West Edinburgh.

2018 – Work completed on a new extension to Edinburgh Airport’s terminal building as part of an £80 million investment plan to facilitate the handling of record number of passengers forecasted. This is a component of the airports £220m+ capital investment programme to support growth and maintain operational standards over the next five years.

2019 – Glasgow Airport – Investment of almost £100 million in facilities since NPF3 was published in 2014.  This includes enhancements to airfield, terminal and landside infrastructure.

2019 – Glasgow Airport Investment Area – Significant progress is also being made with the National manifacturing Institute for Scotland and medicines Manufacturing Innovation Centre announced as anchor tenants.  site infrastructure is expected to be complete by 2020, with the first developments opening from 2021 onwards.

2019 – Glasgow Airport – The Airport Access Project is being progressed as part of the Glasgow City region Deal and is planned to commence operation in 2025.

2019 – Glasgow Airport – Planning to publish an updated masterplan for consultation.

2020 – Progress is being made by the two Glasgow airport related city deal projects – the Airport Access Project and Airport Investment Area. City Deal: Airport Access Project The project will provide a direct link between Glasgow Central Station and Glasgow Airport, stopping at Paisley Gilmour Street station. This will make it easier for passengers to get to the airport and help local employees to get to work there while also improving access for other businesses in the area. The AAP Strategic business case (SBC) which has been developed jointly by Renfrewshire Council and Glasgow City Council, will be put before councillors in both authorities before going to the Glasgow and Clyde Valley Cabinet for approval on December 15, 2015.

The SBC considers two options for the link.

City Deal: Glasgow Airport Investment Area  – the project will deliver infrastructure and environmental improvements, including two new bridges across the White Cart, a new ‘Gateway’ route between Paisley Town Centre and the Airport and improved facilities for public transport, cyclists and pedestrians.

As well as enabling the continued growth and expansion of the Airport and surrounding businesses, this investment in infrastructure will help to make Renfrewshire a more attractive, vibrant and sustainable place to live and work by better connecting communities and businesses.

Work is expected to start on site in 2018 with construction complete in 2020.